Notice: Trying to get property 'rules' of non-object in /home/creaicpt/public_html/client/CafeJordano/libraries/src/Access/Access.php on line 608

Notice: Trying to get property 'rules' of non-object in /home/creaicpt/public_html/client/CafeJordano/libraries/src/Access/Access.php on line 613

About this Family Style Restaurant

The history and culture of Cafe Jordano was best captured by writer Gary Massaro in the Rocky Mountain news article below. 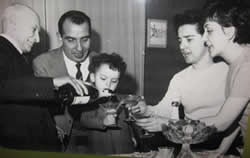 Elisa Heitman grew up in the restaurant business. It was her second job when she came to America 45 years ago.
"I came to the United States as a bride of my childhood sweetheart in August 1979," she said. "I was 17." Four months later, her husband decided he didn't want to be married anymore. Her in-laws took her in.

"My first job was painting houses," she said. "I made $3.75 an hour because I didn't speak English." She learned quickly enough. And she bagged the painter's whites for an apron and began waiting tables." My first restaurant was Mr. Steak at 72nd and Federal," she said.

While she was learning English, she also learned the restaurant business. One waitress job led to another and finally to her own place. She saw the storefront she wanted to lease as a restaurant at 11068 W. Jewell Ave." It had a hood and a grease trap - the expensive stuff," she said. She went in partners with her second husband. She put up $19,000 to open the restaurant, which is now twice the size of the original. Her son Jordan was 4 at the time. So she named it Cafe Jordano in his honor.

"At night, my husband cooked, and I waited tables," she said. "During the day, I was the only one on duty. I'd be in the back when I'd hear the bell ring over the door. I'd come out, wait on customers and go back in the kitchen and cook." 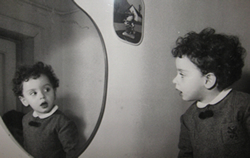 She held on for a year, seeing business increase in small steps. Then Bill St. John, the former Rocky food critic, did a review on the place. And business took off. My friend, Rich Italiano, said people used to wait in line outside until they could get a table. Maybe it was the gnocchi in cream sauce - real cream sauce - that brought in the dieters tired of rabbit food. Italiano ordered a salad Monday. Then he sent it back when Elisa served chicken parmesan, penne with sausage and the gnocchi, which disappeared down his gullet like trout gobbled by a heron." Last year, we spent $24,400 on whipping cream," Elisa said.

Her given name is Elisabeta - Elizabeth in Italian. She was born in Napoli. She has eyes the color of espresso and is about as tall as a demitasse. But she rises in stature when she walks from table to table, chatting with regulars and welcoming newcomers." It makes me feel good when people enjoy what they eat - when people are happy," she said. "I like the excitement. I don't like mellow. I like to be busy all the time."

About the only time she goes mellow is on her morning walks around a lake in her neighborhood." It's my social club," she said. "I stop and say hi to people. I get away from everything. It's my morning getaway."

Elisa also has a 10-year-old son, Alexander. Both her children speak Italian." My mother, Maria Sicuranza, lives with us. She doesn't speak English," Elisa said. "So my sons have to speak Italian with her."